The various types or armor presented here are tailored to human size. There are, however, also dwarf-sized and goblin-sized sets. These would weigh somewhat less, but since carrying capacity is not a factor in TDE Mobile adventures, this will not figure into play. We have refrained from adding helmets and armor enhancements, since this would bring us beyond the scope of the game.

The purpose of armor is to soak up some of the damage inflicted by an opponent's successful hit; see Armor Rating (AR) »

However, armor also encumbers the person wearing it. Thus, all types of armor have a second numerical value besides AR:  Encumbrance (EC) »

The Structural value (SV) decreases with every damage an armor must take, it's . If it drops to Zero, the AR value is reduced by One. For every remaining AR value the Structural value is set to 50 again. You may want to look out for an armorer henceforth to get your armor repaired. The values in brackets show the entirely Structural value of an armor until it is absolutely worn.

A shield improves your Parry-Value ». Since combatants usually no longer use their weapons to parry but rely on their shields instead, the shield's PA Weapon Modifier is added directly to your hero's Base Parry Value, ignoring any points of TP assigned to the respective weapon type's Talent Prowess. But a high Weapon Parry Value gives a small bonus of +1 by >= PA >= 15, +2 by >= PA 18, or +3 by PA >= 21. Your hero may get additional bonus points on Parry Value by taking the Off-hand or Shield Fighting I and II » Combat Abilities.

However, shields usually lower Attack Value and/or Initiative, since they take away from a combatant's agility. 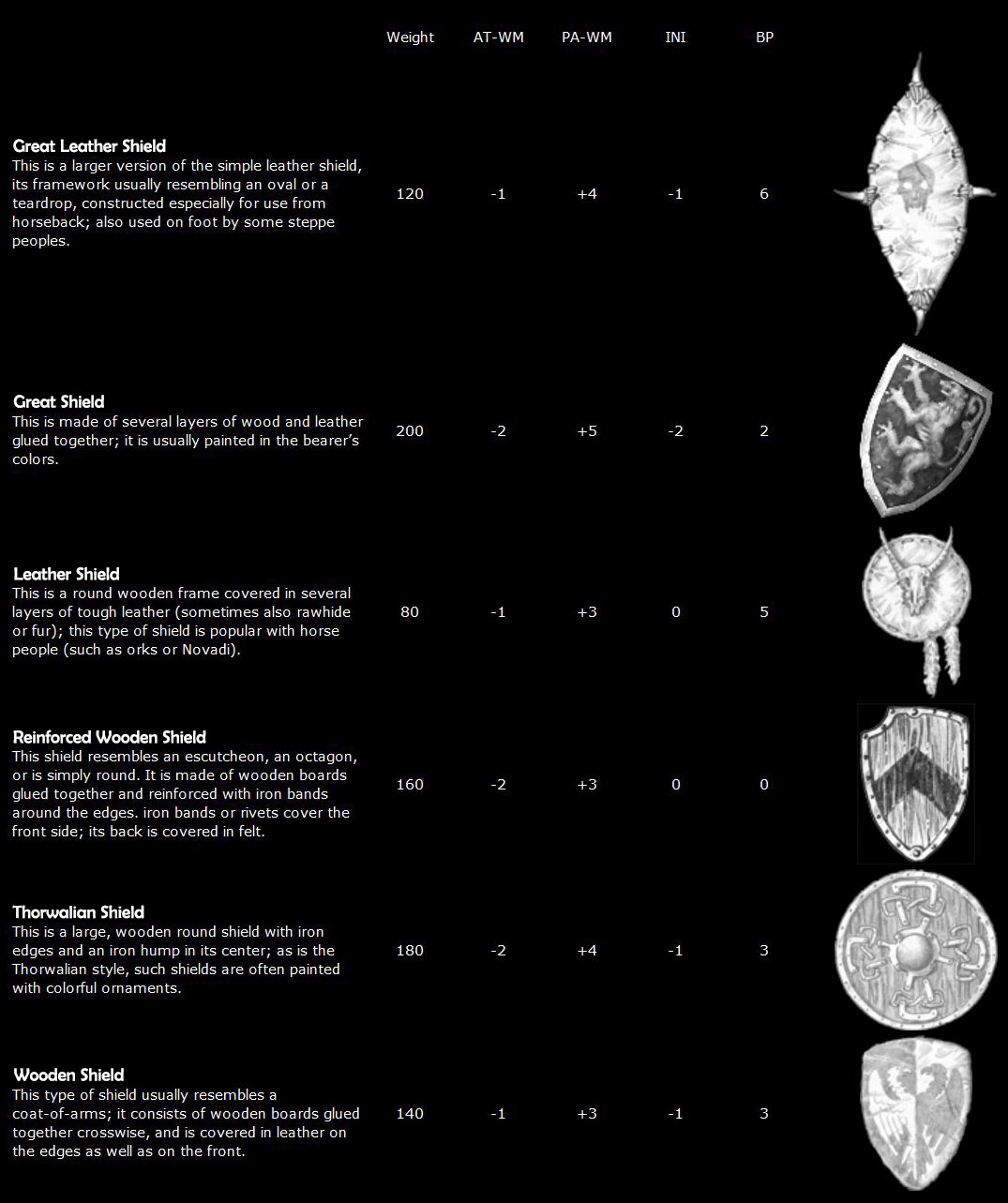 Here you come back to TDE-Mainpage. »

Here you can learn more about the different
attributes of TDE. »

Here you can learn more about the
special abilities of TDE. »

Here you can learn more about the
TDE Combat System. »

Here you can learn more about the different
weapons of TDE. »

Click here to see the different Covers of the
TDE Games. »

Here you can test the TDE Game!